- March 23, 2021
When the initial 2.1.0 update for The Wolf rolled out two weeks ago, the update was designed to bring quality improvements to the game and fix bugs/glitches. However, the update itself brought on it's own issues. The main glitch in the update was an error in the PVP servers. The bug was an issue with the reward system (coins earned) which caused certain players to trigger the anti cheat system to send their account to hacker's hell, along with glitching their coins earned, putting their balance in the negative. Because of this issue, the company quickly removed the reward system in PVP to prevent the glitch from further happening until they could determine the issue and resolve it. 2 days later The Wolf rolled out the 2.1.1 update which fixed the issues of the previous update. However during that time, players who wanted to play had to either play PVP without earning gems or only play COOP to earn coins. 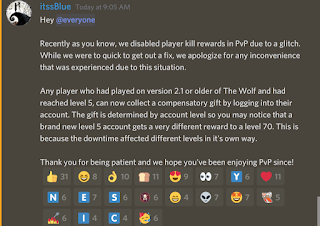 Fast forward to today, for the first time ever! The Wolf rolls out the 2.1.2 update which gives every player who were affected by the issue a reward to compensate them for the "Down Time"

Each reward is different as it is based on a players level, the reward ranges anywhere from 150 gems up to 1500 gems. The update also comes with a couple more bug fixes as well. 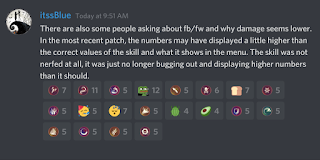 Head over to the app store to update the app and receive your reward! 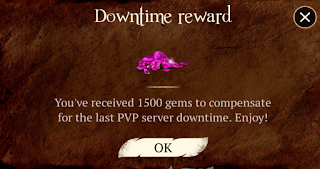 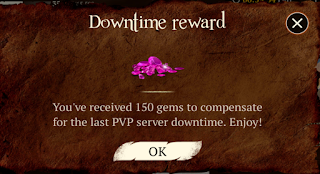