What a hectic week for The Wolf. What seemed to be an update to positively improve the game turned into a total nightmare.

One of the major improvement that went wrong was the anti- cheat detection system. Players who Played in PVP were randomly sent to hacker's hell and lost an enormous amount of coins simply by killing other players in PVP.

It had seem the reward system in pvp (earning coins/exp) triggered an effect that caused people to have the glitch. The Wolf developers quickly removed the reward system for pvp to prevent this glitch from further happening the very same day.

Other improvements that went wrong was the chat filter system. It had seem that the chat had gotten even more strict then before, censoring words like 'I am" "cp" "hp" etc..

One improvement that was not faulty but had a negative feedback from the community was the anti share system. People are so used to sharing accounts they felt the need to express their frustration in maybe not the most effective way. 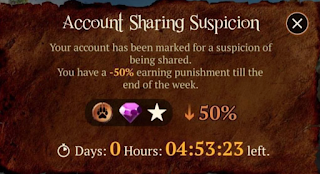 A day and a half later. The Wolf rolls out the 2.1.1 update. An update to resove all those issues. This update resolved the PVP glitch along with the word filter. The update also adjusted the account sharing criteria making it more lenient. It is normal for glitches and bugs to happen whenever a new update comes up. What matters is how the company handles the situation. I can honestly say I am impressed with the quick response and communication, and applaud the entire staff for working tirelessly on the issues to provide us the best gaming experience.

This is only the beginning of the major update that is soon to come. It will be a big year for The Wolf. 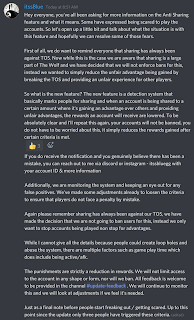 If you havent done so yet, head to the app store to download the latest update.
Him The God Itssblue The Squad The Wolf The Wolf Game The Wolf Online The Wolf Sim The Wolf Simulator