It has only been 4 days since the launch of The Wolf Game on Steam, and the developers are working hard on getting the game to the same level as the mobile version. Today 10/29, an update was released build ID: 7814680 the file was 1.5 GB. There hasn't been an official log issued out from the company on what exactly the changes were, so I decided to make my own in hope to provide some clarification.
Room Chat enabled 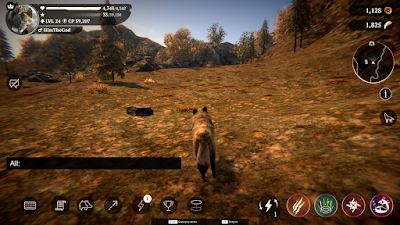 It was only a matter of time until this feature was going to be added. One of the best parts about The Wolf mobile, is the ability to chat with other players freely, you can create conversations in the server, chat amongst your team in PVP, and call for help with big animals and champions. Before the update, you could only communicate via direct message with players, which would require you to add them to your friends list.
New Controls 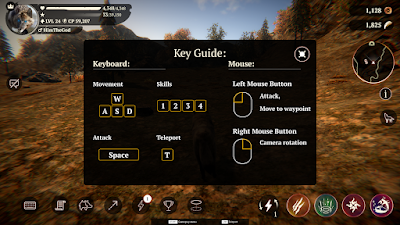 The way the controls were previously set up would interfere when you would direct message a player. The new controls not only do a better job mirroring the screen but it also allows you to invert the controls as you can use the directional buttons and the number row, or WASD and the number pad.
New Information Icons 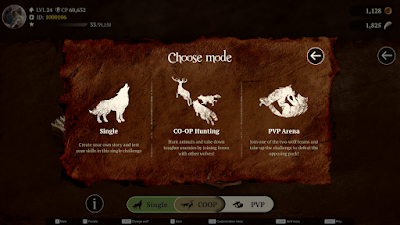 A lot of players who play The Wolf Steam come from the mobile version and are very familiar with the game. However, there are still new players who have never played the mobile game before, and are trying this version for the first time. For those new users, the developers have added info icons throughout the game to give more details on tips and tricks.
Premium Skins Price Increase 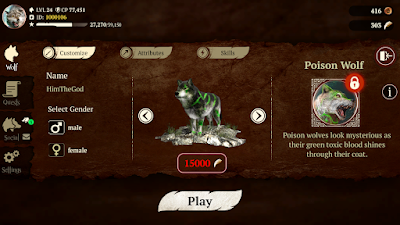 The price for premium skins have dramatically increased. I'm not sure if they previously made a mistake, or were a limited time offer for the first users.
Bug Fixes Improvements
With every updates there are bug fixes improvements, I will update this blog as I find out what other improvements were implemented.
Him The God The Wolf The Wolf Game The Wolf Online The Wolf PC The Wolf Sim The Wolf Simulator The Wolf Steam The Wolf Update