The Wolf on Steam is finally here. Steam is a platform that allows you to emulate PC and console games on your computer. The Wolf,  which originated on mobile platforms, was announced earlier this year to be released by Go Lucky Games with a TBA (To Be Announced) release date. The game was introduced with an amazing CGI trailer describing the life of a wolf which also contained actual gameplay footage. Before the release, there was many questions that The Wolf fans had like, will this game be cross platform? What will the cost of the game be? Are the gameplay footage in the trailer actual quality. In this article, I will answer all of these questions along with giving you the difference between mobile and PC versions.

Purchase The Wolf for Steam here 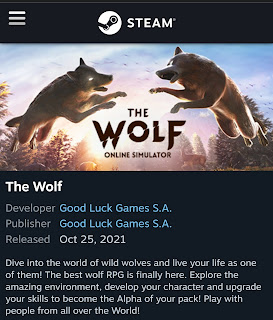 So, the game was finally released 10/25/2021. The game is currently retailed at $9.99 with a limited time promotional 20% discount which brings it down to 7.99. The game file is currently at 3.03 GB with a default resolution of 1920 x 1080, which brings amazing details to the loading screens and graphics. Even though the game is very similar to the mobile version, it is its own individual game which unfortunately means there is no cross play with mobile users.

When you start the game, there is no logging in or creating accounts, you can't even change your name. The game defaults your name to your current Steam username, which can be changed in your steam profile. 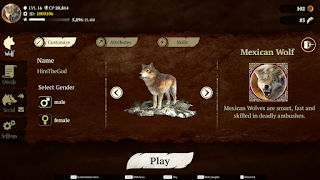 In the settings, you can adjust the quality of the game from low to ultra-high, but you cannot adjust the resolution. you can still change the servers, (USA, EU, Asia) and have the option to change the sounds and music.
Your player's information is located at the top left of the screen, which includes your name , wolf avatar, HP & EXP bar, and Combat Power. but there currently are no option for packs. On the top right is where you can see your coins and fangs (replaces gems), These currencies are earned by hunting animals and completing quests. Because this game is a full purchased game, there are no ads or options to purchase those items or premium.
There are currently 15 skins available to choose from, ranging from grey wolf to poison wolf. Some of the skins are still required to unlock through leveling up and utilizing fangs. 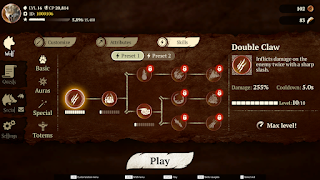 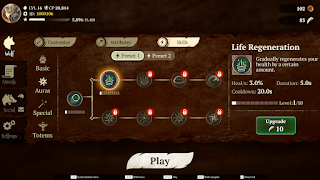 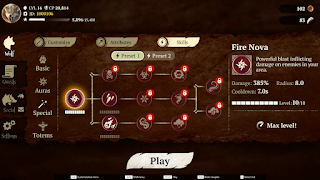 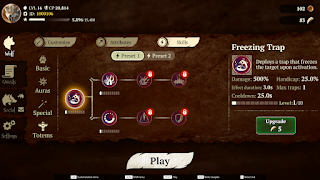 The attributes and skills selection are the same as The Wolf 1.7 update. You have the basic, Auras, special, and totem available. I have noticed that skills are unlocked a lot faster than mobile through fangs and are easier to max as they don't cost as much as gems. However, the max level for each skill is 10 and the damage/effects may differ from mobile.
There is a quest tab that consist of 4 tasks, the 4th one is readily available as there is no premium option. By completing these missions, you can earn coins or fangs. After each quest is completed a new one generates instantly with a reward bigger than the previous. This method of quest allows you to level up and earn faster than the mobile version.
The social tab consist of only friends list, links, and forum as there are currently no packs.
Gameplay
There are currently 3 play options, Single Player, CO-OP and PVP that consist of 4 maps that will need to be unlocked through leveling up. Green Hills, Dark Forest, Wild Tundra, and Legend Mountain. 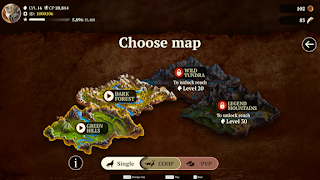 Single player - A mode that allows you to hunt various animals and complete quests alone.
CO-OP - A mode where you play with different players around the globe to hunt animals and complete quest
PVP - A mode that allows you to battle other players on a 4 vs 4 team.
Controls
Mouse + Keyboard
There are various ways to control the game , the first way is you can use the mouse by pointing and clicking. The Wolf will go to the spot you right-click and attack the animal if you point to one. You can click on the map and other menu options with the mouse as well like a touch screen. Holding down the left-click and moving the mouse will allow you to pan the camera around to look at your surroundings and take awesome screen shots. The second way you can control your wolf is by using the keyboard. The directional keys allow you to move your wolf around, you can use your skills by using the Z,X,C,V keys. The space bar is used for biting.
Controller Support
This is by far my favorite method; The game has full support for controllers You can plug in a USB controller or connect a Bluetooth controller to play without having to map the keys. Anyone who gets the game should definitely consider getting one as it makes it so much easier to control and air bite. Yes! air bite is still a thing.
When it comes to mobile vs PC. Mobile is way better. There are many things that are still missing from the game. It's so much convenient to play this game with a hand held device.
There are many other things and pictures I will add to this article. 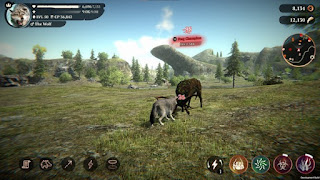 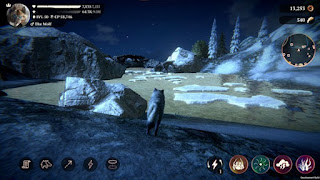 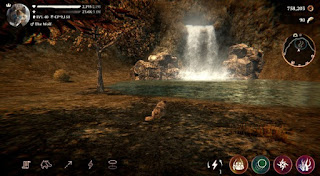